The Philippines’ wealthiest man Henry Sy, who rose from being a penniless Chinese immigrant to leading a multi-billion dollar business empire, died on Saturday, his conglomerate has announced. 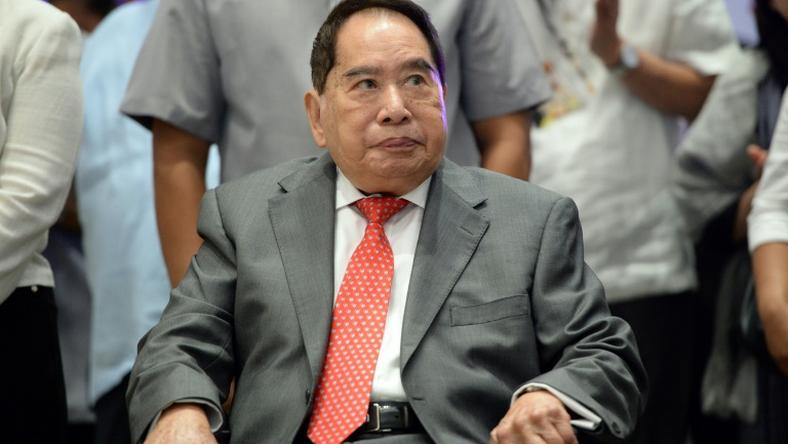 The 94-year-old, from the Chinese city of Xiamen, made his fortune with a Philippine shopping centre conglomerate that has put up some of the largest malls in the world.

However his holdings also included banks, hotels and real estate in the Philippines, as well as shopping centres in China.

He had a net worth of $19 billion as of Friday, according to Forbes.com.

Forbes said he was the 52nd richest person in the world last year, beating out bold name tycoons like Elon Musk, Rupert Murdoch and George Soros.

“Henry Sy… passed away peacefully in his sleep early Saturday morning. There are no further details at the moment,” his SM group said in a statement to AFP.

Sy put up his first shoe store in downtown Manila in 1956, a business which later grew into a diversified empire.

He stepped down as chairman of his holding firm in 2017, assuming the title of “chairman emeritus” and leaving trusted allies as well as his children in charge of his empire.

It was a long journey for a man who came to the Philippines as a boy to work in his immigrant father’s variety store.

“Our store was so small it had no back or second floor, we just slept on the counter late at night after the store was closed,” he told the Philippine Star newspaper in 2006.

After their shop was destroyed during World War II, Sy’s father returned to China but Henry chose to stay in the Philippines.

He got a commerce degree from a Manila university and started selling shoes in a shop which would later grow into a chain named “ShoeMart”.

By 1972, his shops had branched out into selling all manner of goods, prompting the name to be changed to SM Department Store.

But it was in 1985 that Sy made history when he opened his first “Supermall” in Manila.

Spanning over 424,000 square metres (4.6 million square feet), the mall included dozens of stores, numerous cinemas, restaurants, banks and other attractions that made it a one-stop shop for millions of Filipinos.

This was just the start, as more of Sy’s mammoth malls popped up across the country, some even containing ice skating rinks, a rarity in the tropical country.

Sy helped create mall culture in the Philippines, where steamy temperatures and the regular threat of torrential downpours can make outdoor shopping uncomfortable.

Sy’s holding company, SM Investments Corp. opened its first mall in China in 2001 and has been expanding there as well.

By 2018, SM said it had 70 malls in the Philippines and seven in China as well as six hotels and eight office buildings.

Sy’s empire has earned its share of criticism from labour groups, who say it uses thousands of contractual hires to avoid paying higher wages and benefits that permanent workers are entitled to.

SM officials have insisted that they do not engage in so-called “contractualisation”, but say they hire “seasonal” workers for peak periods like Christmas, back-to-school and even weekends.

Cardi B, Camila Cabello, Post Malone And More To Perform At The 2019 GRAMMYs
Kemi Adetiba reacts To Falz Opinion About "Transactional Sex"

Tunde Fowler Explains Why FIRS Did Not Meet Revenue Target

I Can End Land Grabbing In Lagos State – Babajide Sanwo-Olu